Home » The Mountains of Gran Canaria
Spread the love

Gran Canaria is a hugely popular destination for European tourists, yet most visitors here only see a small fraction of what the island has to offer. Most of the island’s tourists resorts are based on the southern tip of the island; where the beaches are white and the climate is dry and perfect for poolside tourism. Unfortunately this means many visitors leave Gran Canaria without seeing the rest of the island; an island that is surprisingly varied when you consider how small it is. Determined to see more of the island, we set off on a journey into the rugged mountains of Gran Canaria. We weren’t disappointed.

Our journey to the centre of the island was breathtaking and is a must for visitors to the island. We returned to our beach-side accommodation with a very different impression of Gran Canaria.

See more of my trip to Gran Canaria in the video below.

How to explore the mountains of Gran Canaria

The best way of exploring the mountains is by car. We had hired a car for our visit which gave us the freedom to explore the stunning terrain at our leisure.

Staying in the Maspalomas area, we began our steady ascent into the mountains via the GC-60. At first, there was very little sign of the journey to come.

The roads here are gentle and undulating, and for many miles inland the climate remains arid, as it is throughout the south of the island. Gradually, the incline of the road increased and we could see the beach resorts below us through the marine layer.

The first signs of the spectacular journey ahead appeared at the Mirador Degollada de las Yegudas where there’s a small carpark and viewing area. The viewpoint looks into the Barranco de Fataga, a gigantic ravine created by volcanic activity over 11 million years ago. The view northwards into the ravine is spectacular and from here you can see the towers of basalt and granite which hover above the road ahead.

You can also glimpse the road heading into the distance whilst clinging to the cliff face along the way. The towering rocks perched above the arid ravine below could be scenes from the american southwest. Make sure you get some time here for photos. The views are amazing.

From here, the ascent into the mountains of Gran Canaria begins to twist and turn around the base of the surrounding cliffs. The terrain here is so varied that driving a relatively short distance can take 20 minutes of winding roads, twisting and turning across the mountainside.

The drive is nail biting at times, with little more than think rail between the road and the valley below. At one point I found myself concentrating on the road, trying to safely steer the care from the passenger seat using the power of my mind. I achieved little more than a headache.

We weren’t on these twisting roads for long when my stomach advised us to stop. Feeling slightly worse for wear, I staggered towards a second stunning vista clutching my bottle of water.

This viewpoint was the Fataga Scenic Lookout and also has the benefit of toilets and a small stall which sells local snacks and refreshments as well as local produce including a liquor made from almonds, similar to amaretto.

Eventually the fresh air brought me to life again. We pumped up the air conditioning for the remainder of the journey and I relaxed into the journey.

From here the ascent continued. This is also where the arid landscape begins to subside and is gradually replaced by luscious green valleys.

The climb continued it’s dramatic journey towards the village of Tejeda. The village sits in the midst of a huge caldera, perched on an outcrop of rock on the hillside. Towering green mountains of Gran Canaria surround us on all sides, offering amazing views into the valley below.

We take some time to have wander around the village and grab some lunch. This is a popular stop for visiting tourists so we find a few restaurants scattered around the centre of the village. Most of these restaurants specilise in more traditional, canarian foods such as goat stew. I stayed safe with some vegetarian tapas including Patatas Arragudas and Aubergine Tempura served with a rich honey from the island of La Gomera (which was delicious).

The village has a small but picturesque church which stands in the centre of the old town. Itâ€™s worth having a look inside. The interiors are simple but pleasing with yellow painted interiors surrounding a beautiful golden altar.

From Tejeda, we continued our ascent to Cruz de Tejeda which is close to Gran Canarias highest point. It’s not far from Tejeda as the crow flies but there’s a big difference in height and quite a climb involved so I’d recommend driving the relatively short distance. The walk is less than 1 mile but the drive can take almost 15 minutes of twisting roads.

The name of Cruz de Tejeda comes from the statue of Jesus on the cross at the centre of the complex.

However, Cruz de Tejeda is more famous for it’s stunning panoramic view. The views here almost make up for any motion sickness, offering fantastic views towards the coast. The photos here almost take themselves. Just point and shoot!

Cruz de Tejeda is very popular with visiting tourists and there is a hotel, some market stalls and a small cluster of restaurants which cater to the passing tourist trade.

More randomly, there is a small brood of beautiful chickens here which walk freely around the complex, attracting a great deal of attention from the passing visitors.

Itâ€™s easy to forget how high up you are at Cruz de Tejeda as the warm weather disguises the altitude. The view is approximately 1485m high. To put that in perspective, itâ€™s higher than anywhere in the UK.

From Cruz de Tejeda, we continued west on the twisting roads towards the picturesque town of Artenara. The town is perched on the edge of a giant caldera, and being the highest town in Gran Canaria, it’s another great place for amazing panoramic views.

Artenara is most notable for it’s cave dwellings and has over 600 in total.

The caves were originally inhabited by indigenous populations, but today they look more like villas. They have been carved into the rock so are technically described as caves, but these properties have had a serious upgrade.

Some of the caves a very pretty with painted rocks and picturesque garden spaces, looking into the valleys below from their perch on the mountainside.

There’s a great museum here which gives an glimpse into the history of cave life. Some of the caves have been furnished to show what the caves may have looked like hundreds of years ago in the time following the Spanish conquest of the canaries.

The amazing views and the beautiful birds which flutter around the museum gardens are an added bonus. Living in a cave never felt so good!

A short, but steep climb from the museum, is a tiny cave church. Itâ€™s been carved into the stone and has been left relatively untouched for decades. Itâ€™s worth a quick look but the staircase up to the church can be punishing.

Before leaving Artenara, have a wander around. Thereâ€™s another small church as well as the statue of Christ (redeemer style) which stands sentry above the town.

From Artenara we started for home heading north west on the GC-21. This was the quickest way home even though we were staying directly south. The twisty roads add a lot of time to the journey.

Taking this road showed us another side to the island. The climate in the north is cooler and temperate, mainly because this area is in the shadow of Gran Canaria’s mountains. The trees that grow here are similar to those in mainland Europe, forests filled with pine trees. Itâ€™s a far cry from the arid sand dunes in the south.

Through the pine trees you can also catch a glimpse of tenerife when the weather is clear enough. We could just see the peak of Mount Teide above the cloud cover, which is quite ironic because when we visited the Teide national park the mountain was covered by cloud. At least we can now say weâ€™ve seen it, albeit at a distance.

In this area, we also caught a glimpse of the areas which have been impacted by recent forest fires. Although most of the fires are no longer burning, there were huge sections of forests where the trees were leafless, lifeless and charred. The trees are like skeletal silhouettes and forests without life create an eerie atmosphere. I look forward to returning to this area when life has returned to the forest.

I have been so impressed by the interiors of Gran Canaria and the beautiful mountain scenery. The views is extraordinary and the towns that sit between the mountains are absolutely beautiful.

Visiting the mountains of Gran Canaria gives a different perspective to island life and from this trip it’s easy to see why Gran Canaria is often know as a continent in miniature. The difference in climate and plant life over relatively short distance is quite mind boggling.

I left the mountains feeling very glad that we’d taken this trip. This is an absolute must for anyone visiting the island.

I have suggested a number of Miradors in this post. Mirador translates to Viewpoint in English. In Gran Canaria, it’s fairly safe to say that if there’s a Mirador approaching, that it’s worth pulling over and see what there is to offer. There is also a full list of the island’s Mirador’s on the Gran Canaria tourist information site.

Thank you for reading ‘The Mountains of Gran Canaria’

I hope you enjoyed this post as much as we enjoyed exploring this amazing area.

Anything you can do to help promote this blog is hugely appreciated. You can share this using the social media buttons. There is also a Pinterest pin below so you can pin this to your travel boards.

Have you seen my other posts on Spain and the Canary islands? Have a look at the links below.

Driving in Gran Canaria – Best Places To Visit By Car 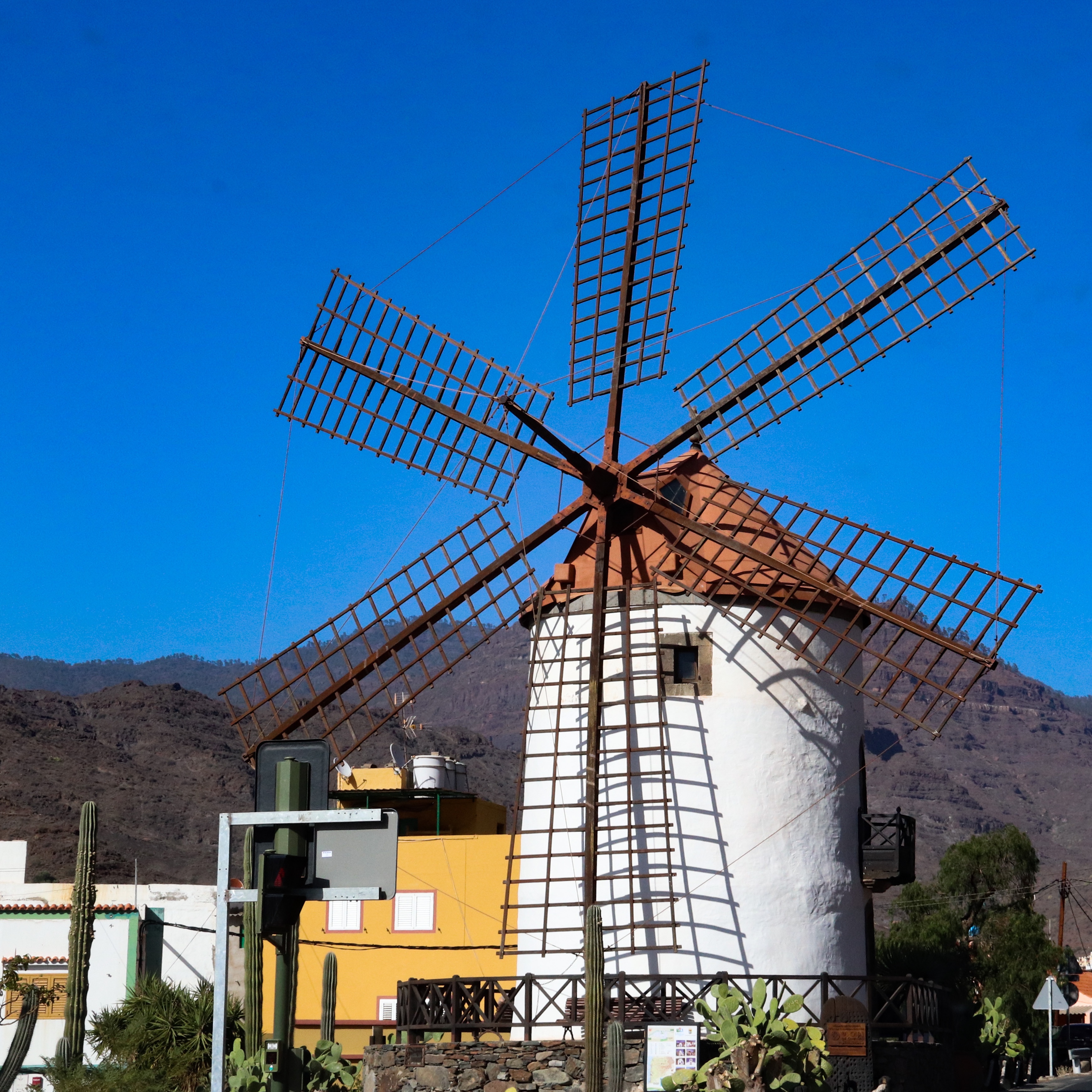 Driving in Gran Canaria – Best Places To Visit By Car

11 Awesome Things to do in Las Palmas de Gran Canaria 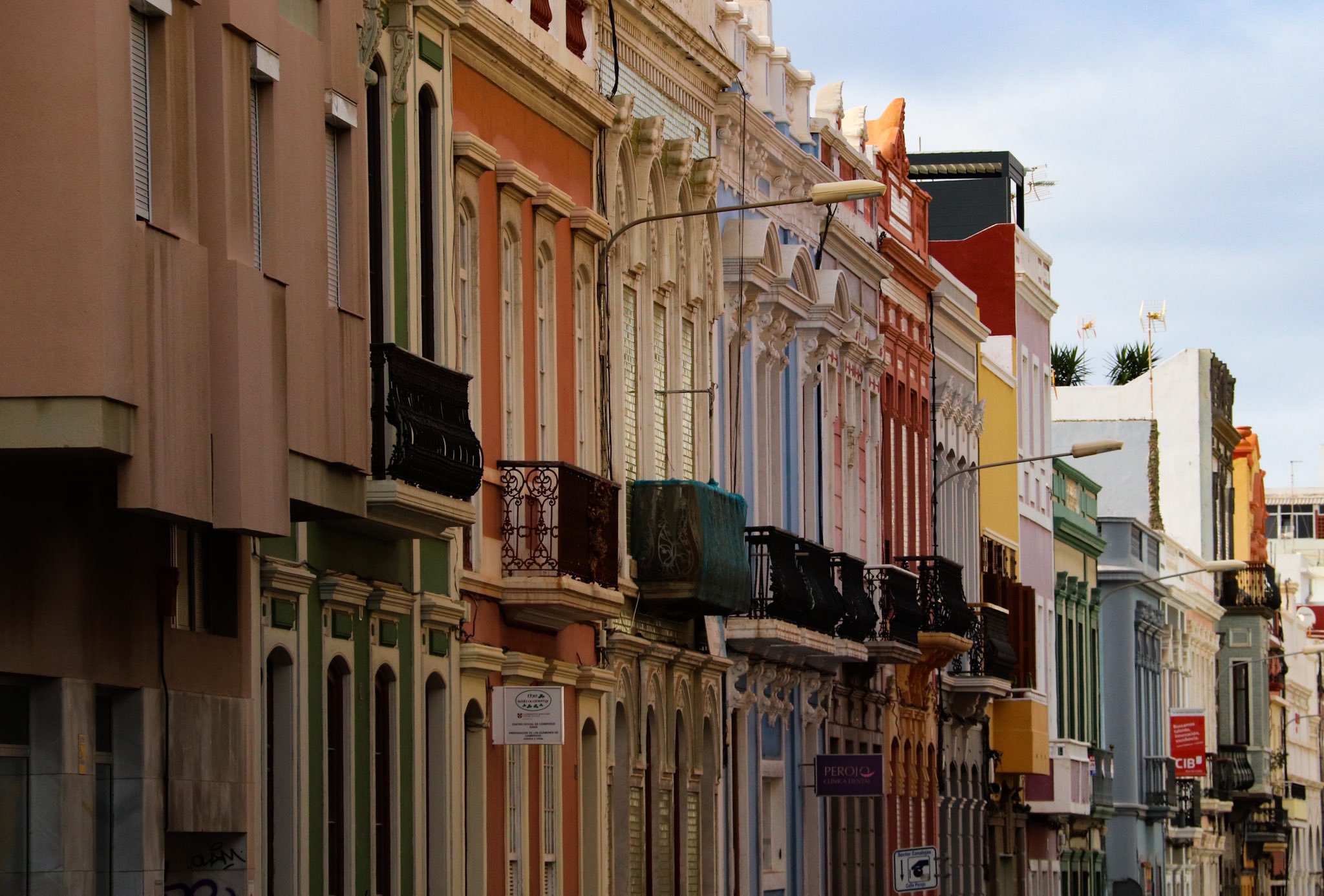 11 Awesome Things to do in Las Palmas de Gran Canaria

8 Thing You Should Know About Tenerife 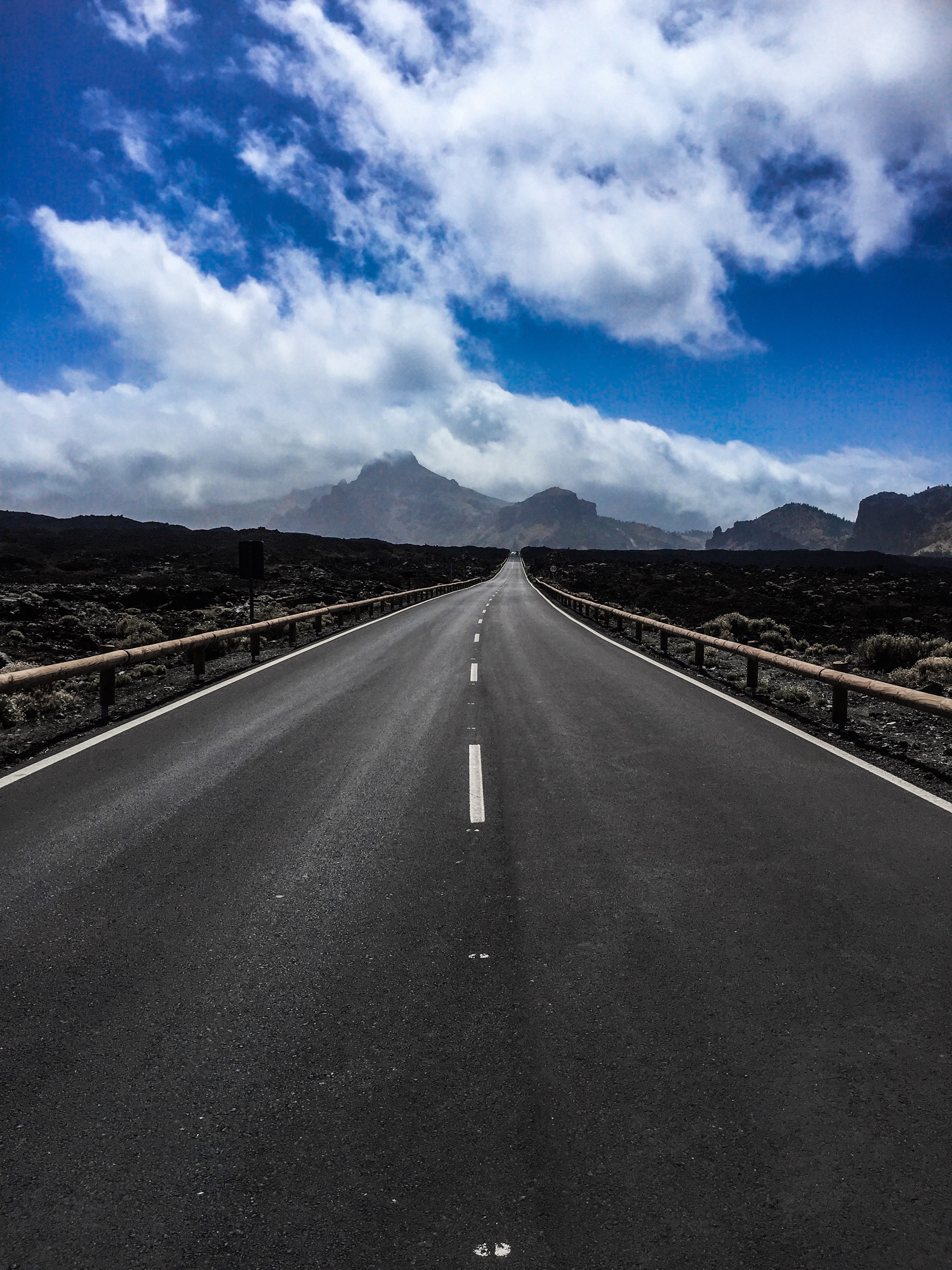 8 Thing You Should Know About Tenerife

In The Dunes of Maspalomas, Gran Canaria

In The Dunes of Maspalomas, Gran Canaria 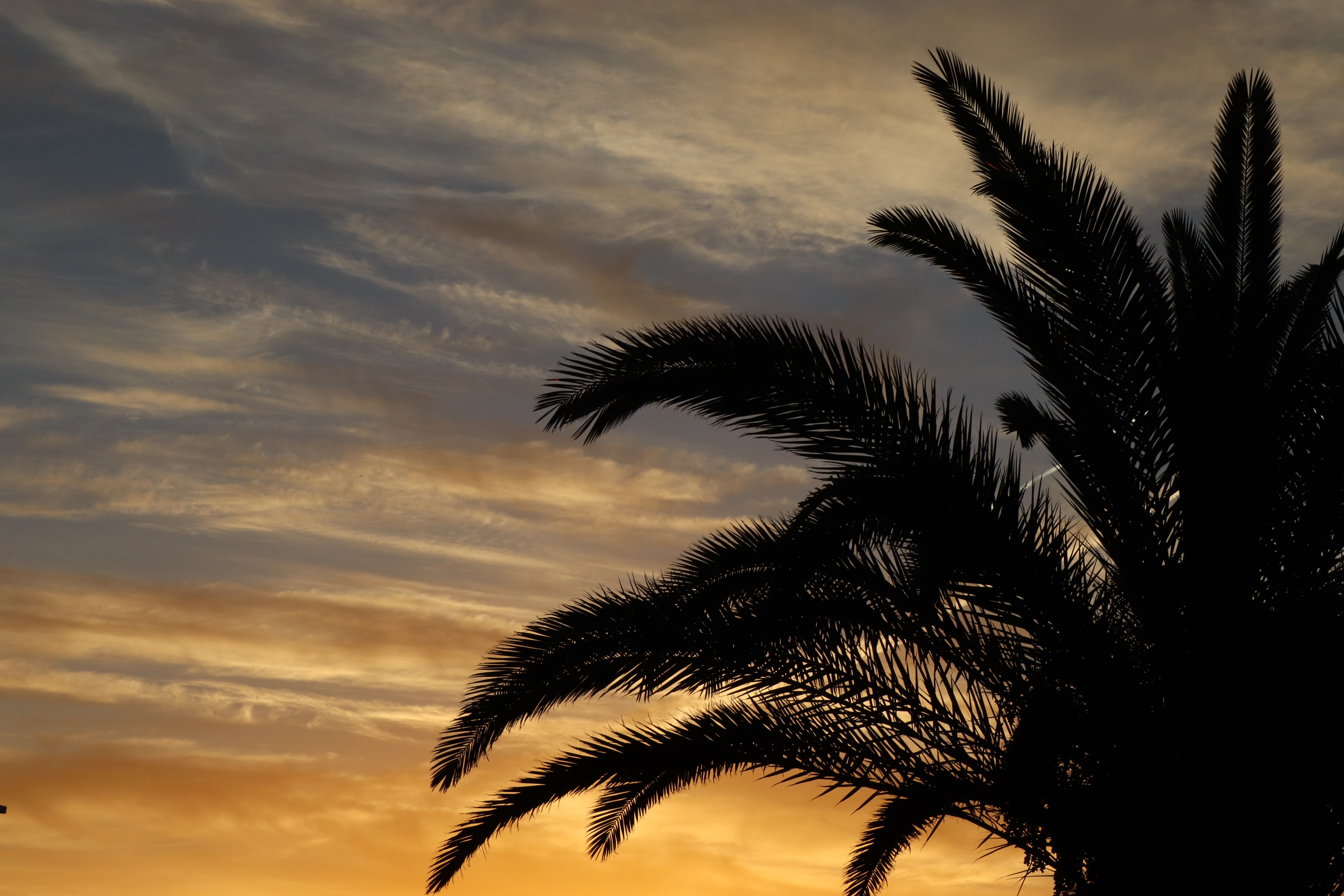 My name is Karl. I’m a travel blogger based in the UK and I am the Head of Everything at Karlos International. This site was after I first attended the Eurovision Song Contest in 2016. I returned from Stockholm wanting to share every detail of my Eurovision travels.